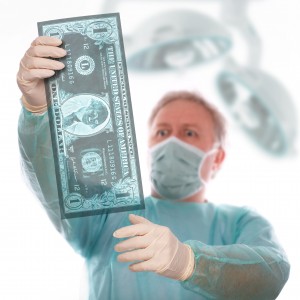 The relatively recent case serves as a reminder of the potential exposure to Stark Law liability arising from payments to medical directors.  Let me immediately clarify that not all payments to directors who perform legitimate services that are appropriately documents raise compliance concerns. However, where medical director payments are not properly supported by documentation of effort involved, or where payments are well in excess of fair market value for legitimate services, compliance concerns exist and potential penalties can be quite substantial.

The case of United States v. Campbell, 2011 U.S. Dist. LEXIS 1207 (Jan. 2011) is is just one example of a case that found medical director payments to be abusive. The Campbell case involved an effort by a University of Medicine and Dentistry program to increase referrals of cardiothoracic patients by entering agreements with local cardiologists.  The hospital entered into clinical assistant professor (“CAP”) agreements with a number of cardiologists which purported to require the physicians to perform a variety of teaching-related services.  Physicians were paid between $50,000 and $180,000 per year under these contracts.

The Federal government viewed these CAP Agreements as being little more than a sham to encourage the referral of cardiology patients. Although there were services described in the agreement, there was little indication that many of these services were ever actually performed. The court hearing the case found that the Stark Law was violated because the physician was not compensated at fair market value, and the arrangement was not commercially reasonable.  In order to comply with Stark Law requirements, compensation must meeting both fair market value and commercial reasonableness requirements. The Campbell Court found that the payments made to medical directors that were above fair market value amounted to impermissible payments in violation of the Stark Law.

Some elements of a medical director compliance standards might include: