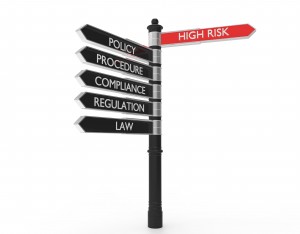 I wanted to alert anesthesia groups to what I consider to be some very bad advice that is being provided by some billing consultants.  If taken, the advice could put your group in the midst of a lawsuit with a third-party payor or even a claim of insurance fraud under state insurance laws.

By now, pretty much everyone understands the general rule for billing multiple medically directed CRNAs.  It is industry standard to compensate a provider for up to four medically directed CRNAs; provided that the seven basis elements for medical direction are performed and documents in the patient’s record.  Industry standard and Medicare regulation permit reimbursement for multiple medical directions, but total reimbursement is never allowed in amounts that would exceed 100% of what the anesthesiologist would be paid if he or she had performed the service on their own.

Some billing companies have begun giving extremely aggressive, and I believe extremely risky, advice to their anesthesia clients.  In some cases, there may be a history of the anesthesia group “self-discounting” their medically directed cases so they cannot be viewed as double billing for medically directed cases.  Double billing would occur if the group billed and collected for 100% of both the anesthesiologist and the CRNAs charge.  This is fairly clear.  Billing for both providers can be justified in some instances, but the presence of both providers must be medically directed and well documented in the medical record.  Special coding modifiers are used to indicate when a claim is being made for 100% of both the CRNA and anesthesiologist’s time.

Some aggressive billing companies will recommend that the anesthesia group end a previous practice of pre-discounting their bills without notice to the insurance provider.  This is sometimes done by the billing company without first advising the client.  This practice has the effect of greatly increasing revenues because it in effect double bills the insurer for medically directed cases.  The case coding remains the same as the group previously coded; indicating a medically directed case.  The effective per unit cost doubles virtually overnight.  In some cases, it may continue undetected.  Usually the insurance company will eventually notice that anesthesia costs are increasing.  At the point of discovery, the insurance company will seek recoupment of amounts that it has overpaid.  Most contracts will permit the insurance company to withhold future payments to offset previously overpaid amounts.

Even though the group may have relied on the advice of a billing company, the group really has no meaningful defense once the insurance company discovers that a change in billing practice without prior notice resulted in a significant overpayment.  The amount of overpayment can climb into the millions of dollars before it is discovered.

If this practice took place involving the Medicare program, there is no question that it would create liability under the False Claims Act and could possibly even trigger criminal charges for false billing.  Most states have insurance fraud statutes that create civil and/or criminal liability for submitting false or fraudulent insurance claims that could apply to the type of practice.

The Federal False Claims Act could expose the practice to three times the actual total amount of the improperly billed claims plus between $5,000 and $11,000 per claim.  There can be hundreds of claims involved, so the dollar amount of exposure can be financially devastating.  The application of state insurance law statutes will vary by state.  However, the financial and criminal exposure from this type of practice can be significant under state law as well.

The group will always remain “on the hook” for the consequences of billing for their services; even when they were advised to undertake the practice and often even when the practice was commenced without their knowledge.  You may have a lawsuit against the billing company, but the insurer, the OIG, DOJ or state enforcement agencies will look primarily to the physician or the group when problems arise.

If you have been presented with “unique” billing opportunities that promise to net your increased revenue, take great care.  It is always possible that you can legitimately amend your practices to net more revenue.  You should be cautious before implementing any changes in billing practices.  If you are being promised something that may be too good to be true, it probably is.  If you have any doubts, contact a health care attorney before changing your practices.

Once the issue is raised by a third party, you will necessarily be on the defensive.  The additional revenues that you receive along the way will not come close to justifying the pain and anguish you will go through following detection.