What Not To Do If An Employee Alleges Fraud 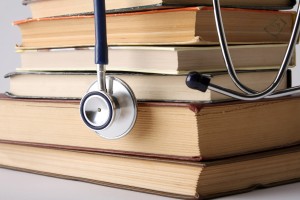 In the course of some reading on anesthesia billing issues, I came across a case from 2002 that clearly describes how not to handle an employee who alleges that your practice may have a billing problem.

Brandon v. Anesthesia & Pain Management Associates, Ltd., 277 F.3d 936 (2002) involved a physician who became suspicious that other members of his anesthesia group may have been pumping up the billings a bit.  Specifically, the physician felt that other members of his group may have been falsifying the number of operations that they were supervising in order to qualify for “medically directed” reimbursement rates.  He also alleged that members of the group may have altered billing sheets to indicate that they had performed work, even though they had left the hospital for the day.

It is not clear from the case whether the physician’s allegations were true or proved.  However, the reaction of the anesthesia group where the physician raised these issues was far short of ideal from a legal standpoint.

The allegations were raised by the physician during a board meeting.  A few weeks after the disclosure, the physician was told that he should start looking for other work.  They physician asked for more information on his shortcomings and was not provided with any details.  At that point, he began keeping a journal of suspected billing problems.  A few months later, the physician was notified that he would be required to leave his job by the end of the year.  The physician reiterated his complaints at that point.  The complaints were met with strong, vulgar language (which you can read in the case).  He was told that he did not have a contract and that the group would make life difficult for him if he did not resign.

The group was found to have violated Illinois’ retaliatory discharge laws for taking action against the physician who had alleged billing fraud.  The court upheld the state law claim even though the Federal False Claims Act provided a civil remedy for the physician.

It should be pointed out that the physician had a possible claim as a “qui tam” litigant under the False Claim Act, assuming the facts described in the complaint were true.

This case provides a textbook example of how “not to” address employee allegations of billing deficiencies.  All such allegations should be taken seriously and investigated.  Your practice should adopt compliance policies to provide procedures to follow when employees or others make complaints.  Handling complaints in the manner of the group in this case, exposes the group to a great deal of unnecessary risk.  Once a complaint is made, make sure is it investigated.  If there is a problem, take appropriate steps to remedy the situation.  In some cases, this may require self-disclosure and repayment.  When in doubt about what to do, consult your health care compliance attorney.