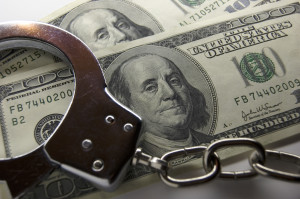 The government had accused the two owners of paying illegal kickbacks/bribes to “sober homes” in exchange for the referral of the sober homes’ insured residents to treatment program. The sober homes provided safe and drug-free residences for individuals suffering from drug and alcohol addiction. This made them a prime source of potential referrals to the treatment program.

The accusations against these defendants read like a laundry list of thinly veiled kickback schemes.  Some of the specific accusations included:

If the allegations made by the government are to be believed, the treatment center is an illustration of exactly what intentional fraud looks like.  This was not a mistake.  Rather, it appears that the defendants deliberately set up a system intended to generate referrals and providing financial benefits to individuals in a position to make or influence those referrals.  In short, this is what health care fraud looks like.

Providers that we deal with go to great lengths just to make certain that they proactively look for potential risk areas and take affirmative and proactive actions to be certain that they are not making mistakes that could inadvertently result in an overpayment or imputed knowledge.  A great deal of expense goes into assuring that these providers are in complete compliance.   By contrast, cases like the one involving these treatment programs illustrate the very reason why well providers with the best of intentions find it necessary to look over their shoulders.