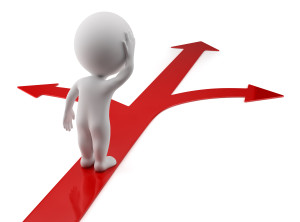 Unfortunately, it is not always clear whether a violation of a regulatory requirement has occurred.  Those involved in health care law are familiar with the level of ambiguity that often exists with respect to specific billing rules and other regulatory standards.  On the other hand, the potential liability for making the wrong call about whether an infraction has actually occurred can be quite significant.  Clearly, if a provider is deciding whether they have violated a regulation, they have knowledge that the situation has occurred.  The failure to act once knowledge is obtained or imputed can lead to sanctions being multiplied.  For example, failing to repay a known overpayment within 60 days can triple the amount of penalties and add up to $22,000 per claim to the price tag.

The current regulatory scheme places a very high price tag on being “wrong” about whether a regulatory violation is present.  The potential high damages for an incorrect decision forces a provider to take an overly expansive view of when (or whether) a regulatory infraction has occurred.

Clearly not every situation where there has been a billing error amounts to fraud or wrongdoing requiring use of the self-disclosure protocol.  Many over-payments that are identified through audit can be dealt with at the intermediary level.  Where investigation raises questions about whether incorrect bills are “knowingly” submitted, the self-disclosure process may provide some mitigation of potential loss.  Situations where the provider perhaps “should have known” raise more difficult issues of analysis.

The Office of Inspector General’s self-disclosure process is available when there is a potential violation of Federal law that could result in the imposition of Civil Monetary Penalties. A simple determination that a billing error may have led to an overpayment is generally not covered by the protocol.  It is only when the error presents potential CMPs that the protocol can be used to self-disclose the violation to the Federal government.  For example, self-disclosure might be considered where an overpayment is not repaid within 60 days after discovery by the provider or where there is a violation of the anti-kickback statute discovered.

To complicate matters even further, once a provider obtains actual knowledge that a billing error occurs, it is always possible that the government will take the position that the infraction “should have” been known to the provider at an earlier date.  This impacts when the 60 day clock that triggers the application of the False Claims Act begins to run.  Once you discover an error, you would like to think that you have 60 days to self disclose and avoid the damage inflating False Claims Act.  Whether you should have discovered the infraction earlier through a properly functioning compliance program will always overshadow these cases.  The only thing that a provider can really do to reduce the stress of this type of impossible situation is to have a strong compliance program in place well in advance.

The situation is also complicated because a potential whistle-blower may view a situation much differently than a provider who finds what it believes to be an innocent mistake through the audit process.  A provider may sincerely believe that there was no “wrongdoing” and that a simple mistake has been identified.  Finding such a mistake may actually be evidence that the provider’s compliance efforts are working.  On the other hand, there is a whole legal profession out there now that is advertising for people to come forward as whistleblowers.  With potential recovery under the False Claims Act of 3 times the over-payment plus up to $22,000 per claim, whistleblower lawyers have strong incentive to attempt to turn what the provider believes to be an innocent mistake into a false claim. The damage calculation creates a big payday for whistleblower plaintiffs and their lawyer, who take these cases on a contingency fee basis. 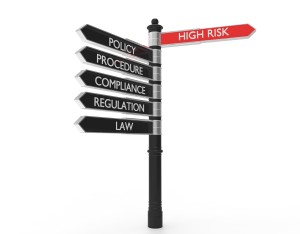 Generally speaking, when errors are discovered, the providers best bet is to be forthright and deal with the matter “head on.”  A complete internal investigation should be conducted to determine the precise nature of the issues and to identify the extent of wrongdoing.  Based on the outcome of the investigation, the provider can determine whether a simple repayment can be used or whether there may be reason to go through the formal self-disclosure process.

Anyone who has worked with reimbursement rules will realize that payment policies, rules and regulations are not always clear.  It is often difficult to determine whether there is even a violation of applicable rules or whether an overpayment actually exists.  Legal ambiguities further complicate the self-disclosure decision.  The precise nature of any legal ambiguities involved in the specific case need to be completely documented.  If a decision is made that there has been no wrongdoing, the legal analysis should be laid out in writing and in detail and a reasonable judgment should be made regarding the interpretation of applicable legal standards.  If self-disclosure is made in situations involving legal ambiguities, those ambiguities should be explained in detail as part of the self-disclosure.

In the end, a provider facing potential self- disclosure must follow a reasonable process to make a reasoned decision in the face of significant risk and uncertainty.  Perhaps most importantly, it is never a good alternative to pretend that the situation will never be discovered or brought to light.  These cases can arise in strange and unexpected ways.  It is best to assume that a discovered compliance violation will eventually be brought to light.  In most cases it is advantageous for the provider to affirmatively bring the matter forward rather than waiting for the government or a whistleblower to bring a claim.  When that happens, it is much more difficult to resolve the issue. 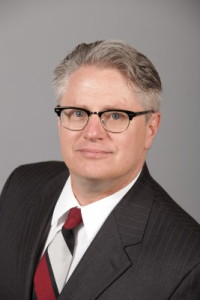 John H. Fisher, CHC, CCEP is a health care attorney at the Ruder Ware law firm.  John is actively involved representing clients on legal and compliance issues.  He has represented clients in creating compliance programs and in a variety of operational issues.  He also assists providers in addressing risk areas and potential compliance issues including preparing self-disclosure and working with the government to resolve disclosed compliance issues and overpayment.  John consults as a subject matter expert and provider legal backup to other attorneys and law firms from around the country on specialized compliance, regulatory and health care issues.  John has followed legal issues impacting health care provider for over 25 years.  As such, he is knowledgeable on the current legal standards as well as the historic perspective that is often relevant to an appropriate analysis.