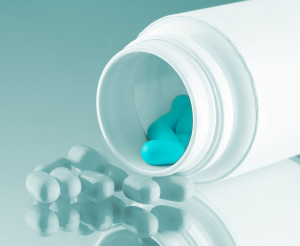 A settlement was recently announced by the Department of Justice that symbolizes another use of fraud enforcement by the government to combat the opioid epidemic.  Providers need to take notice of these enforcement actions as they indicate opioid related issues as significant compliance risk areas.

The government alleged that a chiropractor billed Medicare and a state Medicaid program improperly for painkillers, including Opioids. The case involved four managed pain clinics, all which were closed through the course of the case.  The settlement also required a nurse practitioner to pay $32,000 and surrender her DEA registration to settle allegations that she violated the Controlled Substances Act.

The Department of Justice issued a press release announcing the settlement that directly comments on the opioid issues involved in the case, leaving no ambiguity about what the government is up to.  The quotations are not part of the normal “canned” statements that are normally included in these settlements.  Every indication is that the opioid related language might be adopted a standard form as the government focuses in on these cases.

“More Americans are dying because of drugs today than ever before—a trend that is being driven by opioids,” said Attorney General Jeff Sessions. “If we’re going to end this unprecedented drug crisis, which is claiming the lives of 64,000 Americans each year, doctors must stop overprescribing opioids and law enforcement must aggressively pursue those medical professionals who act in their own financial interests, at the expense of their patients’ best interests.”

The government alleged that the defendants prescribed painkillers and caused pharmacy claims to be submitted where there was no legitimate medical purpose for the prescriptions.  Additionally, the government alleged that the clinics up-coded and billed Medicare for office visits that were not reimbursable at the levels sought.  In a demonstration of the commitment that the government has in this area, the clinics were also accused of billing for nurse practitioner services that were provided without the required collaboration arrangement in place.

The case was initially brought forward by a former office manager turned whistleblower who is set to earn $246,500 under the settlement.