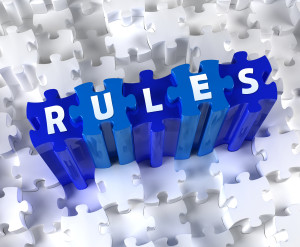 One of the primary new operative provisions that was created in the 2017 Final Rules is an expanded prohibition against re-disclosure of records that are covered under SAMHSA. Even when a disclosure is permitted, the 2017 rules required the disclosure to be accompanied by a lengthy written statement, notifying the recipient of the special status of the information and the prohibition against re-disclosure. The notification was rediculously long:

This information has been disclosed to you from records protected by Federal confidentiality rules (42 CFR part 2). The Federal rules prohibit you from making any further disclosure of this information unless further disclosure is expressly permitted by the written consent of the person to whom it pertains or as otherwise permitted by 42 CFR part 2. A general authorization for the release of medical or other information is NOT sufficient for this purpose. The Federal rules restrict any use of the information to criminally investigate or prosecute any alcohol or drug abuse patient.

The new 2018 Rules create an abbreviated notice that is 80 characters long to fit in standard free-text space within health care electronic systems. The abbreviated notice in this final rule reads ‘‘Federal law/42 CFR part 2 prohibits unauthorized disclosure of these records.’’

SAMHSA recognizes concerns that an abbreviated notice could be insufficient to convey understanding of part 2 requirements. SAMHSA encourages part 2 programs and other lawful holders of restricted records that chose to use the abbreviated notice to discuss the restriction and redisclosure requirements applicable to SAMHSA protected records with those to whom they disclose patient identifying information.