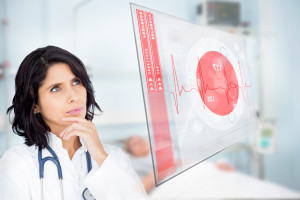 The Office of Inspector General (“OIG”) recently released a new advisory opinion (Advisory Opinion 17-09 – January 5, 2018), addressing a gainsharing arrangement between a group of neurosurgeons and a health center.  Under the proposed arrangement, a neurosurgery group agreed to implement measures to reduce the costs associated with a defined scope of surgical procedures.  As part of its agreement with the health center, the neurosurgeons were to participate in a portion of the cost savings that resulted from the implementation of the measures.

Gainsharing arrangements have emerged as a way to align the economic interests of hospitals and physicians in efforts to work together to reduce cost and enhance quality of care.  A gainsharing arrangements provides doctors with economic incentives to adhere to practices that reduce the hospital’s costs associated with defined procedures or treatment courses.  Under traditional fee-for-service reimbursement, a financial incentive is created for physicians to provide more service to maximize reimbursement.  A properly structured gainsharing arrangement creates incentives for appropriate levels of service and rewards physicians for efficiencies and quality outcomes.  Interests are aligned because the facility and the physician, who is often the engine driving the level of care, share in the savings.

Prior to the passage of MACRA in 2015, the OIG expressed suspicion about gainsharing through Special Advisory Bulletins as well as advisory opinions.  This has the effect of chilling the proliferation of gainsharing arrangements because providers were cautious about potential regulatory issues. A major impediment prior to 2015 was the CMP law that restricted hospitals from compensating physicians in order to induce a reduction or limitation on services provided to Medicare and Medicaid beneficiaries.  MACRA clarified that the CMP law was only violated if the payment to the physician is for purposes of reducing services that are medically necessary.  This subtle yet significant change opened the door for the proliferation of gainsharing arrangements.

Coming full circle to Advisory Opinion 17-09, the OIG concluded that the specific gainsharing arrangement described in the opinion would not result in sanctions under the Civil Monetary Penalty rules or the Federal Anti-kickback Statute.  The OIG acknowledged that both the CMP laws and the Anti-kickback had potential implication but that the structural issues of the particular arrangement between the neurosurgeons and the health system would not result in the OIG pursuing sanctions.

By their very nature, Advisory Opinions only apply to the requesting party.  However, we can gain useful concepts from the analysis and conclusions of the OIG relating to the specific facts that formed the basis of their opinions.

Advisory Opinion 17-09 is worth a review to anyone involved in structuring gainsharing arrangements. By no means should 17-09 be the only guidance that you rely upon because the opinion only touches on a few considerations that were relevant to the structure of the specific arrangement.  Some important factors to keep on your radar when structuring a gainsharing arrangement relate to the determination of baselines that are used to measure cost savings through program implementation.  The frequency and method of calculating available gainsharing amounts is subtle but important for regulatory compliance.  Of course the specific protocols or description of the method for reducing costs should be described in detail, together with a method for determining the level of compliance with those protocols.  Another issue that often arises in these arrangements involves the scope of costs that are allocated to the program.  It is important that costs allocated be reasonable to avoid potential disguised kickbacks.

If you require additional information regarding this article, gainsharing arrangements, or health care issues in general, please contact us through the contact section of this blog.