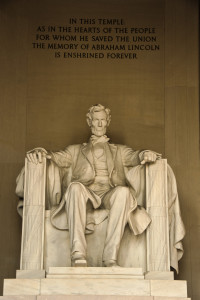 The FCA is a federal law aimed at combatting fraud against the U.S. government.  The FCA has been around since 1863, in response to contractors who defrauded the Union Army by selling it defective weapons, ammunition, and equipment and unhealthy and unfit food and animals.

A prime feature of the FCA is what is called the “qui tam” provision, under which a private citizen, known as a “relator” (otherwise known as a whistleblower), can sue on behalf of the government and be paid a percentage of the amount recovered (generally 15% to 30%) plus legal fees.  Health care and military-related industries have been particularly popular targets of FCA whistleblower actions.  Under the FCA, the DOJ has 60 days within which to decide to prosecute the claim or decline involvement.  If the DOJ decides not to be involved, the relator has to decide whether to proceed alone.

Up to now, it has been the position of the government that the relator is free to continue a case that the government declines to prosecute.  Now, however, the DOJ will file a motion with the court urging it to dismiss the case if it believes it is frivolous.  The DOJ’s rationale for its new policy is that frivolous litigation imposes a burden on the government, the courts, and the health care industry.

It is important to note that this change in policy affects only those cases that the DOJ believes have no merit.  By no means should this cause any reduced emphasis on compliance activities.  It is also not known how DOJ will determine that a case is frivolous.  What is known is that this is a major shift from the policy of the previous administration and could have significant implications for the health care sector.