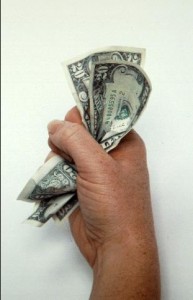 A number of areas of the Stark Law, Stark Regulations and comments to proposed and final rules discuss the concept of fair market value in connection with physician compensation.  I thought it might be useful to post some of the statutory and regulatory material discussing fair market value.

One primary observation can be made based on CMS regulations and comments;  there is no single method for determining whether compensation is fair market value.  The Stark Law is actually significant for its total lack of meaningful definition on how “fair market value” should be determined.  The industry has moved toward and RVU valuation model that compared salary information from various surveys.  Though universally used, that method may not always be appropriate to reflect the actual value of services in a particular situation.  For example, survey information is based largely on urban and suburban providers and is over-represented by large groups and health care systems.  Existing data does not reflect the specific market conditions of small providers located in rural and underserved areas.  This is a problem that has never been adequately addressed by CMS or by the appraisal industry.

CMS has repeatedly stated that it will accept any reasonable method for establishing fair market value.  The method must be commercially reasonable and must provide CMS with evidence that the compensation is comparable to what is ordinarily paid in the location at issue.  This indicates that the fair market value determination is a local issue and will be influenced by local market factors.  CMS states:

To establish the fair market value (and general market value) of a transaction that involves compensation paid for assets or services, we intend to accept any method that is commercially reasonable and provides us with evidence that the compensation is comparable to what is ordinarily paid for an item or service in the location at issue, by parties in arm’s-length transactions who are not in a position to refer to one another.

Use of industry comparable might be precluded if those comparable are based on situations take into account the volume or value of services.

(As discussed in section V of this preamble, in most instances the fair market value standard is further modified by language that precludes taking into account the ‘‘volume or value’’ of referrals, and, in some cases, other business generated by the referring physician. Depending on the circumstances, the ‘‘volume or value’’ restriction will preclude reliance on comparables that involve entities and physicians in a position to refer or generate business.) The amount of documentation that will be sufficient to confirm fair market value (and general market value) will vary depending on the circumstances in any given case; that is, there is no rule of thumb that will suffice for all situations. The burden of establishing the ‘‘fairness’’ of an agreement rests with the parties involved in the agreement. Depending on the circumstances, parties may want to consider obtaining good faith, written assurances as to fair market value from the party paying or receiving the compensation, although such written assurances are not determinative. 66 Fed Reg. 944

For example, a commercially reasonable method of establishing fair market value (and general market value) for the rental of office space can include providing us with a list of comparables. We would also find acceptable an appraisal that the parties have received from a qualified independent expert. Although some transactions are not subject to public scrutiny, we believe generally that there should be sufficient documentation of similar public transactions that the parties can use as a basis of comparison. In regions with inadequate direct comparables, such as rural areas, a reasonable alternative may involve comparing institutions or entities located in different, but similar, areas where property is zoned for similar use. For example, a hospital affiliated with a university in one part of the country could be comparable to other hospitals affiliated with universities that are located in similar types of communities. In other cases, all the comparables or market values may involve transactions between entities that are in a position to refer or generate other business. For example, in some markets, physician-owned equipment lessors have driven out competitive third-party lessors of similar equipment. In such situations, we would look to alternative valuation methodologies, including, but not limited to, cost plus reasonable rate of return on investment on leases of comparable medical equipment from disinterested lessors.  66 Fed Reg. 944

Again, this discussion reflects that local factors must be taken into account when determining fair market value.

In contrast, there may be cases in which finding a commercially reasonable representation of fair market value (or general market value) could be as simple as consulting a price list. As for using the IRS guidelines for determining fair market value that applies to tax exempt organizations, we recognize that in some cases they may not be appropriate for for-profit entities. Nonetheless, it is our view that some elements of the IRS guidelines could be applied under certain circumstances, depending upon the specifics of any particular agreement. We do not wish to either mandate their use or rule them out if they can be appropriately used to demonstrate fair market value.  66 Fed Reg. 945

There is not requirements that an independent valuation expert be retained to determine fair market value in a particular instance.

We agree that there is no requirement that parties use an independent valuation consultant for any given arrangement when other appropriate valuation methods are available. However, while internally generated surveys can be appropriate as a method of establishing fair market value in some circumstances, due to their susceptibility to manipulation and absent independent verification, such surveys do not have strong evidence value and, therefore, may be subject to more intensive scrutiny than an independent survey.  66 Fed Reg. 946

Even though not required, independent fair market value appraisals should be considered as they are much more objective than internal computations.  However, appraisals are not flawless.  Fair market value appraisal is more of an art than a science.  Each appraiser has its own methodology for performing compensation analysis.  Some will adamantly stick to their method whether or not it reflects the variables that are present in the specific market or situation.  Others will be more flexible and adapt their approach to reflect the real value in the specific case rather than performing an analysis that tends to compare apples to oranges.

There is a limitation on the flexibility that an appraiser should apply.  Deviations from norms should be well justified, reasonable and supportable under the circumstances of the specific valuation.

We also have seen cases where fair market value appraisals were received but were not determination to a future enforcement action or third party complaint.  Attorneys for parties who are relying on appraisals should assess the details of the methods used by the appraiser and ask for backup for conclusions and assumptions that are made.  Sometimes appraisers will overlook elements of value which can legitimately be included in theirs determination.  Other times, appraisers will make fundamental mistakes that will over-reflect consistency with fair market value.