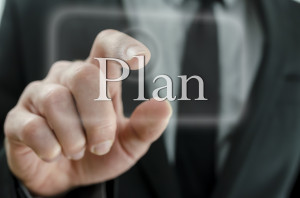 In 2013, the HHS Office of Inspector General issued revised protocols outlining the process through which health care providers are able to self-disclose and resolve potential liability under the OIG’s civil monetary penalty (CMP) authorities.  The 2013 Self Disclosure Protocols (SDP) clarified the process of self-disclosure and provided answers to some of the questions that were previously impeding provider use of the self-disclosure process.  One area that the SDP clarified involved the calculation of damages where a provider discovers that an employee has been excluded from the Medicare and Medicaid programs.  When a provider is a “direct billing” provider, such a physician, it is relatively easy to identify the billings that are attached to that provider.  Prior to 2013, the process for estimating damages was unknown for employees that do not directly bill federal programs for their services.

The 2013 SDP contained a suggested process for estimating damages when non-billed employees are excluded from the program.  The process is based on the cost of employing the excluded individual.  This made it much easier for providers to use the SDP in these circumstances.  Review of the recently settled self-disclosure cases confirms that the process is working to encourage providers to use the SDP in cases involving exclusions.  The SDP uses a multiple of 1.5 times estimated program damages as a minimum baseline for settling SDP cases.  Calculation of damages resulting from exclusion involve identification of billing for the services of a physician or other provider that receives reimbursement for their services.  Other employees, such as nurses, medical assistants, administrative staff and others, use the estimated cost of employment method.

By my count there appears to have been a total of 49 excluded party SDP settlements from the beginning of 2016 through the date of publication of this article.  This is reflective of the clarified procedure in the 2013 SDP.  Settlement amounts range from around $10,000 to a high of around $800,000.  The higher dollar amount settlements likely relate to multiple excluded parties, long term employees, or large dollar “direct bill” employees.